The Poetics of Memory in Post-Totalitarian Narration (2007) 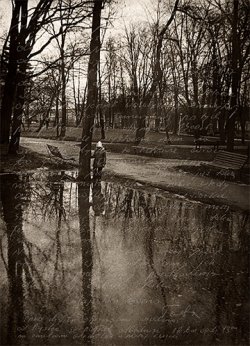 During the last few decades, various forms of memory-representations - memoirs, biographies, diaries, letters, memorials, memory-archives, alternative history-writing, collective discourses of memory - have attracted scholars from such diverse disciplines as philosophy, cognitive science, linguistics, psychology, history, ethnology and literary science. It seems adequate to describe this cultural and research development at the end of the 20th century and the beginning of the 21 century in terms of a "memorial turn".

Our present workshop will look closer into the relationship between memory, narrative and identity, and emphasise the relationship between self-understanding and aesthetic design. Given that this research on narrative identity primarily relates the human being to his/her personal life-story, rather than to an existence in a rational society, we can talk about a theoretical development and possibly see this as a parallel to the post-modern disbandment of rational structures. Taking its theoretical standpoint in a post-Freudian theory of memory, this project observes the close interrelation between memory and literary form. In contrast to Freud's understanding of memory, with its presupposition that experience from the past is preserved in the human mind, available for excavation a few decades later like an archaeological find, our theoretical standpoint claims that the recollection of the past constantly changes according to the development of a person's life-story. This means that the reconstruction, or rather the creative shaping of memory, is intimately related to a narrative, imaginative writing, a process which in many ways resembles the creation of fiction.

Our workshop in May will bring together scholars who explore some of the totalitarian regimes of the 20th century from different parts of the world (Eastern and Central Europe, China, South Africa and Latin America). The participants are united by their common interest in collective and individual memory and its implication for the process of identity-shaping in post-totalitarian discourse. The controversial concept "post-totalitarian" will be subjected to a critical review during the seminar.

The first round-table discussion will be devoted to the memory document as a genre. Considering the epistemology of memory - memory is a sensorial impression and a picture (poetical, emotional, personal) of a real event (documentary) from the past - there is a need for theoretical and methodological refinement in the analysis of the memory document. During this seminar, the traditional classification of genre within the modern Western world (the Enlightenment) will be scrutinized. For example, the strict division between the literary and the philosophical text, between the fictive and the documentary text, between literary and documentary writing will be examined. Relevant questions for discussion are: What is the relation between documentary and literary writing? What impact has literary form on the understanding of factual events in real life?

The second round-table discussion will examine the scientific value of speaking in terms of a post-totalitarian discourse. This concept can be applied to various totalitarian regimes in different parts of the world, and an important question is whether it is relevant to see these different discourses as belonging to one and the same discourse. When it became possible for the individual to construct his or her own version of the past - a form of history-writing not permitted in the former, totalitarian regime - the increasing popularity of the individual memory and personal storytelling seems to take up a self-evident position within the post-totalitarian space. The question that follows is: Is it possible to connect this renaissance within the memory-genre to the decline of the various totalitarian regimes during the last half of the 20th century? This discussion will be related to the question: How should the post-totalitarian discourse be described in relation to the post-modern development during the same period of time in the USA and the Western Europe? Are there any significant differences of memory-representation within democratic (post-)modernities and post-totalitarian (post-)modernities?